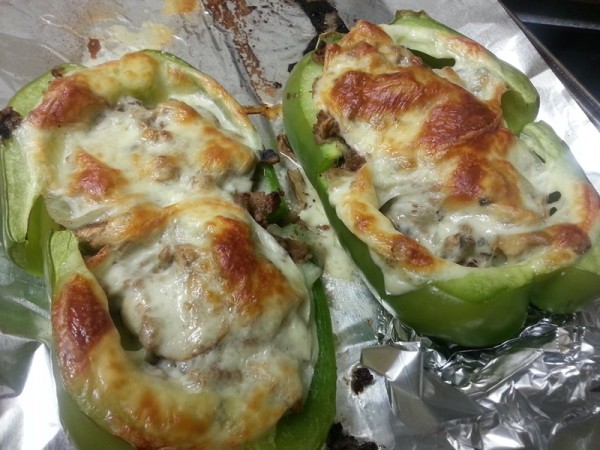 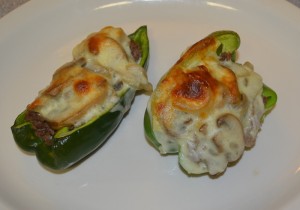 Make an easy and low carb alternative to a traditional Philly Cheese Steak. I modified this recipe from one that I had seen passed around

Use a paring knife to remove the part of the Bell Pepper where the stem attaches, then slice the pepper in half length-wise to remove the ribs and seeds. Lay a slice of Provolone cheese in the bottom of the boat to line it. 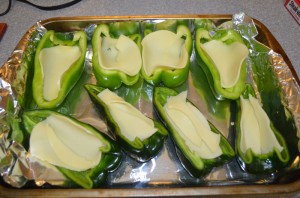 Place the Bell Peppers in a foil lined casserole pan

Slice the Onion in half from the root to the top and then cut the onion into thin half rings. Cut the mushrooms into slices. Add the Coconut oil, butter,  onions, mushrooms and garlic powder to a pan over medium-high heat and cook until caramelized, about 25 minutes (try not to taste test all the mushrooms, you’ll need them to stuff the peppers.) When done remove from the pan and set aside.

Return the pan to the heat and add the steaks. Chop/shred the steak until browned. Season with 10 grinds of fresh black pepper and 2 t kosher salt. Drain well and remove from the pan.

Spoon two heaping spoonfuls of the shredded meat into each boats and add another heaping spoonful of the onion/mushroom mixture on top of the meat.  Top with a slice of Provolone cheese. 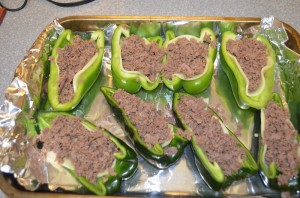 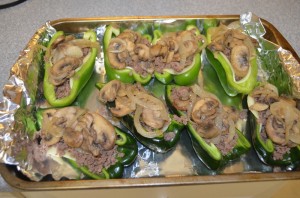 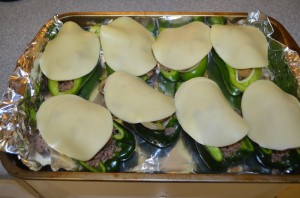 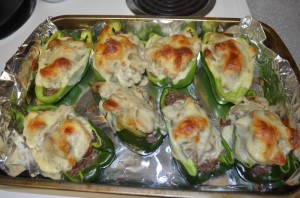