END_OF_DOCUMENT_TOKEN_TO_BE_REPLACED

I was a cheerleader during the 81-82 School year but after my mission and returning to the “Y” I was a cameraman for KBYU for the 84-85 school year. These 8 videos are from that time period. Enjoy…

[media id=42 width=320 height=240]
Another Sports Video from BYU that we put together back in the early 80’s. This one features many of the sports teams at BYU. Video was set to a Van Halen song.

[media id=43 width=320 height=240]
This video was never completed “back in the day”. The music the clips was set to is Van Halen’s “Panama”. Maybe that is why we never finished it. ;-> END_OF_DOCUMENT_TOKEN_TO_BE_REPLACED

An old Osmond Song with a harder edge

My Parents had this album “back in the day”.Â  Always liked this song, “Traffic In My Mind”.Â  It certainly has a harder edge than most of the pop songs they (and Donny) were known for. 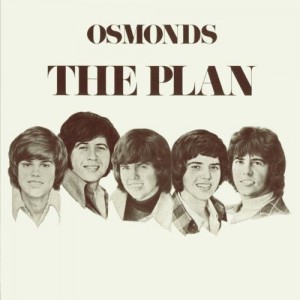 My review of the movie Hanna. 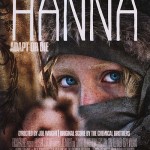 The girl that plays Hanna was interesting.

The action was good, the plot was disjointed and you really had to watch it to try to follow the leaps in logic.

I was wondering throughout the film why she was taken off into the woods. Yes, it provided a training ground for her reemergence but if her father was really seeking to protect her why not just disappear into society by hiding in plain sight?

From the ending it is obvious that there is the potential for a sequel. That, in and of itself may be part of the problem with modern films. The writers, directors, producers and studios leave the screenplay open with unanswered questions else how can the studio create a franchise?Â  For the viewer it leaves you either with the sense of an unresolved story or great anticipation for the next installment.

If there is a sequel I’m glad that the two people that died at the end will not be around for the second film.

All in all it was ok and would probably see the sequel.Â  However the review will need to be stellar to drag me to the theater and not wait for the film to arrive on Netflix.Â  I could have certainly waited for this film be released on DVD and it is nowhere as good as Leon: The Professional a film that I certainly wish had provided a sequel.Â  Natalie Portman could certainly update her role in that film to bring the story to the present.